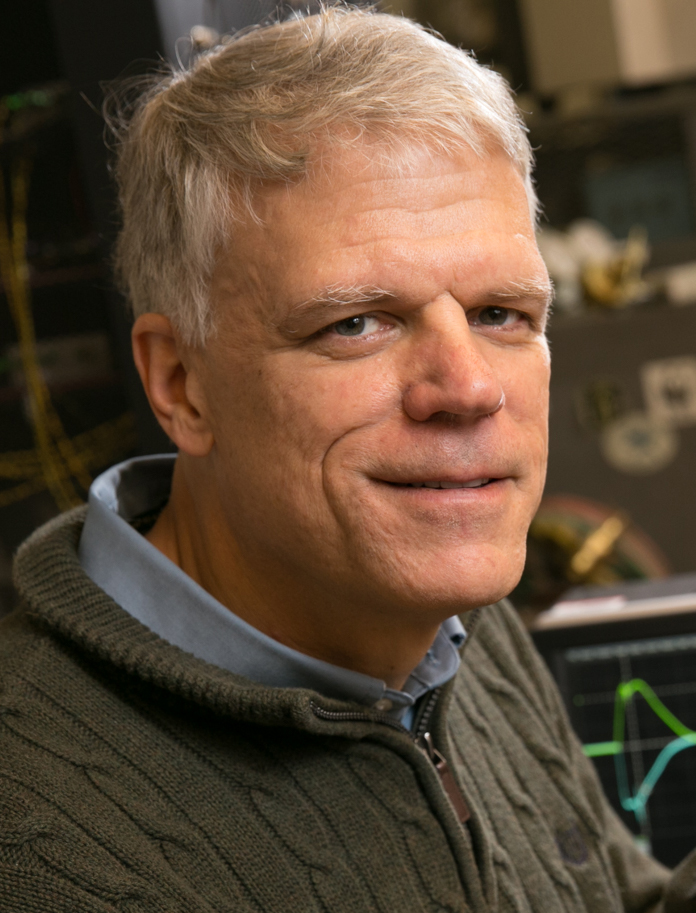 Glenn Daehn, the Mars G. Fontana Professor of Metallurgical Engineering at The Ohio State University, has dedicated much of his professional life to impulse manufacturing, a technology that allows new ways of shaping, cutting, joining, and processing materials. He’s also been active in turning his research into commercial products. Daehn’s startup company Applied Impulse, Inc., has licensed seven technologies from Ohio State and has already completed a first licensed prototype product.

Daehn’s work is being recognized with the Ohio Faculty Council’s annual Technology Commercialization Award. The award recognizes a faculty member in the state university system in Ohio for exceptional research discoveries and the role they have played in supporting the translation of those discoveries into marketable products and/or services.

Daehn is an associate director of the Institute for Materials Research (IMR) and principal investigator for Ohio State’s Impulse Manufacturing Lab, which has developed its impulse welding method for commercial use and has numerous patents.

The technology for welding aluminum to steel has tremendous potential for reviving automotive manufacturing in Ohio and enabling the development of very energy efficient vehicles with superior performance.

“Professor Daehn is an innovator, collaborator and influencer in his field, and his impact has benefited both Ohio State and the state of Ohio,” said Executive Vice President and Provost Bruce A. McPheron. “His cross-disciplinary work and collaboration with industry have strengthened Ohio’s manufacturing industry, and we are proud to call him a member of the Ohio State faculty.”

In selecting Daehn for the 2020 award, reviewers noted, “The broad range of advanced materials that could be manufactured using his inventions are applicable to multiple other industries such as aerospace, appliances, and power generation, placing his company, Applied Impulse, in a unique position to drive economic development in the state and the region.”

“University faculty innovators are advancing new technologies that support economic growth and attract new investments to the state,” said Ben Givens, chair of the Ohio Faculty Council and secretary of Ohio State University’s University Senate. “Ohio’s investment in higher education allows not only for the development and commercialization of the new technologies but supports the training of the next generation of innovators who will attract new companies to the state.”

In addition to impulse manufacturing, Daehn also works on robotic blacksmithing, a process that allows machines to form and shape metal, which has the potential to revolutionize the way high-quality structural parts are made.

Earlier this year, Daehn was recognized among the 20 most influential professors in smart manufacturing. His impact was highlighted by SME, a nonprofit association of professionals, educators, and students within the manufacturing industry.

On top of his teaching and research, Daehn was the founder and is the current director of the Ohio Manufacturing Institute. He is part of Ohio State’s leadership team for the Lightweight Innovations for Tomorrow Institute, founded by EWI, University of Michigan and Ohio State, where he leads the Agile Manufacturing and Low Cost Tooling pillar. He also plays central roles in Ohio State’s manufacturing initiatives, including the Center for Design and Manufacturing Excellence and the Materials and Manufacturing for Sustainability Discovery Theme Initiative, operated by IMR.

The Ohio Faculty Council represents faculty at all of Ohio’s four-year public universities. It addresses concerns common to faculty members across Ohio and presents a faculty perspective on major issues affecting higher education. It supports and brings attention to the critical role that Ohio’s institutions of higher education play in revitalizing the economy of Ohio and the nation by attracting and training an educated workforce.