Yiying Wu, Professor of Chemistry and IMR member, will be conducting a Reddit Ask Me Anything (AMA) question and answer session online, talking to Reddit users about his group’s research on solar batteries.

After debuting the world’s first solar air battery last fall, researchers at The Ohio State University have now reached a new milestone.  A new design combining a solar cell and a battery into a single device now achieves a 20 percent energy savings over traditional lithium-iodine batteries.  The 20 percent comes from sunlight, which is captured by a unique solar panel on top of the battery.  The group’s latest findings were published this summer in the Journal of the American Chemical Society, and the project was funded by the U.S. Department of Energy. 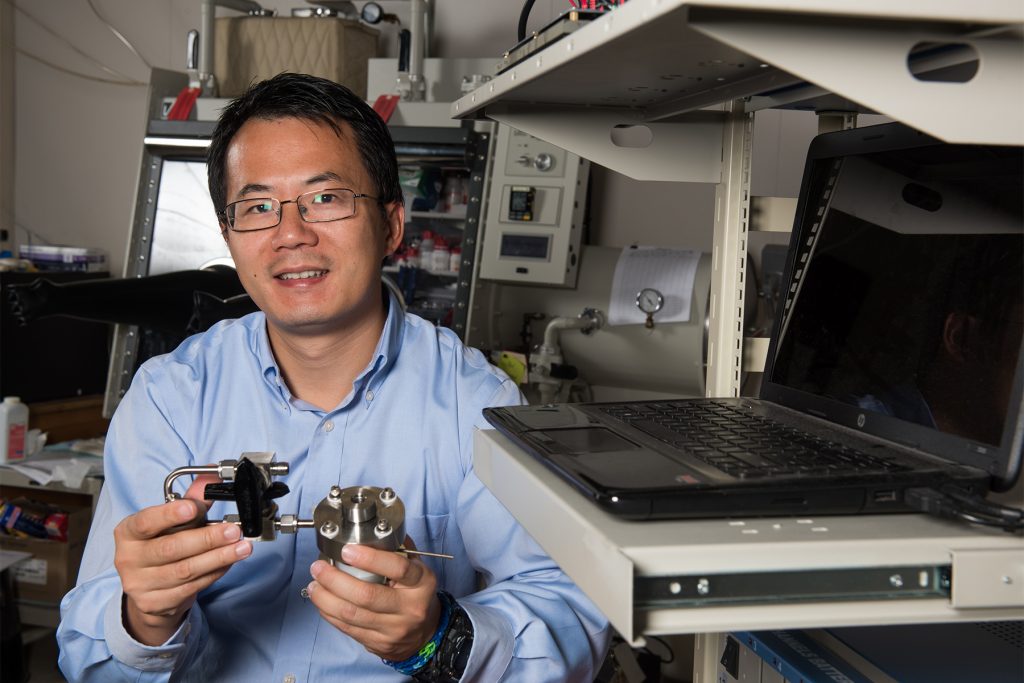 Reddit is an online community and Reddit AMA’s allow people from around the world to ask experts about their work and their field. Wu’s AMA will begin at 1:00 PM next Monday, August 17. To participate or just follow along, visit the Science SubReddit – questions can be submitted Monday morning.