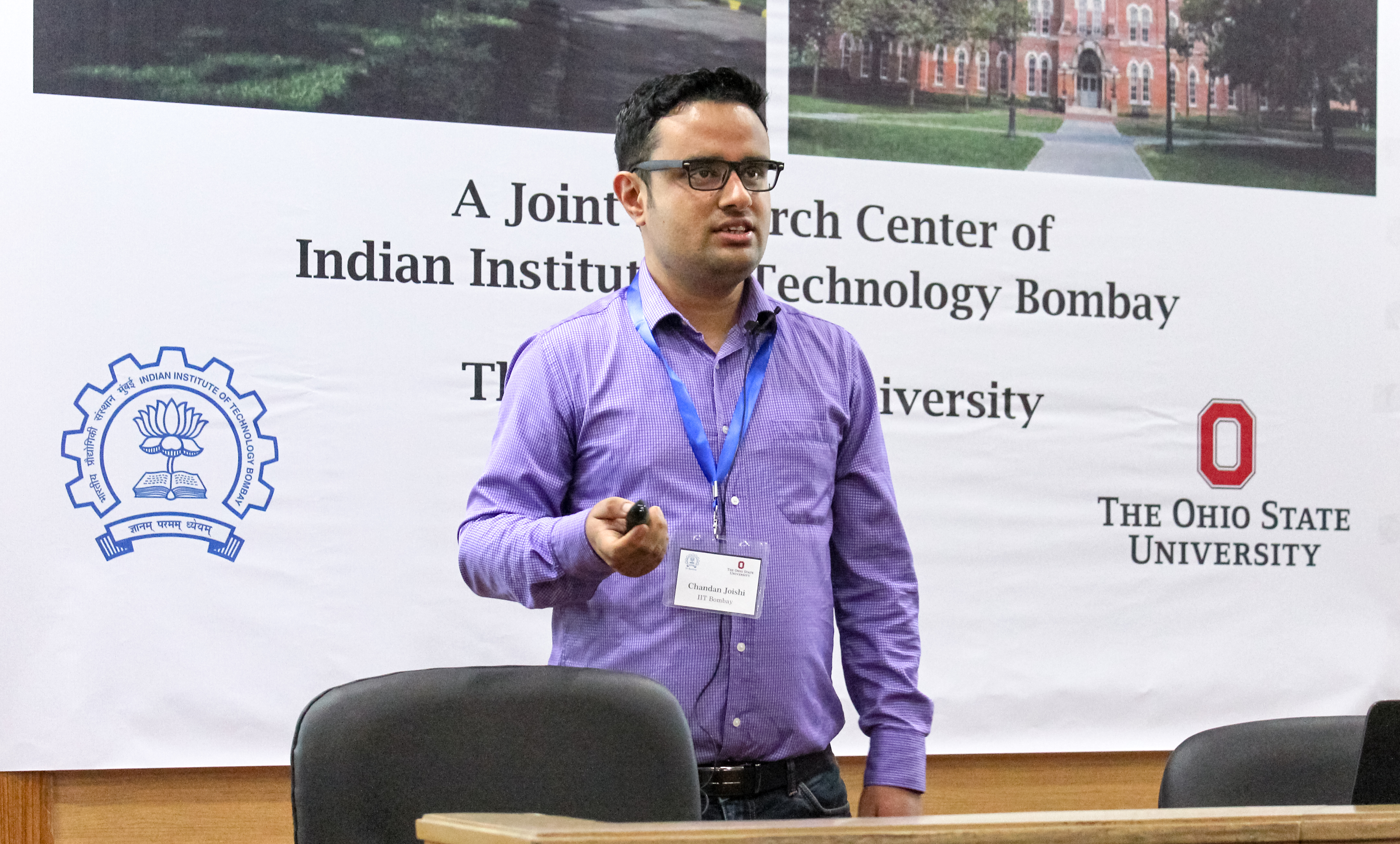 Chandan Joishi, a former visiting scholar in The Ohio State University’s Department of Electrical and Computer Engineering, was conferred the prestigious “Excellence in Ph.D. Research” award by the Indian Institute of Technology Bombay (IIT Bombay).

Joishi, a doctoral student in Electrical Engineering at IIT Bombay, was presented the award for the 2018-2020 period at his university’s 58th convocation by Prof. Duncan Haldane, a co-recipient of the 2016 Nobel Prize in Physics and professor of Physics at Princeton University. Haldane was designated as chief guest of the convocation.

This year, only 39 of the awards were conferred across all of IIT Bombay’s academic units. In the Department of Electrical Engineering, Joishi’s thesis was one of just four recommended for recognition among the unit’s 88 doctoral degrees.

Joishi worked on energy-efficient electronic devices based on the emerging semiconductor material, beta-gallium oxide (β-Ga2O3), while earning his degree from IIT Bombay.

But not all of Joishi’s doctoral work was done at IIT Bombay, an internationally recognized leader in engineering education and research in Mumbai, India.

From 2016 to 2018, Joishi was actually in Columbus, Ohio. Through the Institute for Materials Research (IMR) Global Partnership Grant, he worked with Siddharth Rajan, professor of Electrical and Computer Engineering, and Materials Science and Engineering at Ohio State.

Funding from IMR allowed Joishi to work on the fabrication of highly efficient electronic devices at IMR’s Nanotech West Lab.

“Working at Ohio State augmented my understanding of semiconductor devices from a power electronics point of view,” Joishi said. “With hands-on experience in semiconductor device fabrication from IIT Bombay prior to joining Ohio State, I added additional skills to my technical list here, besides high throughput in a short time. It was overall a pleasant and positive experience.”

Joishi explained that one of the collaborations particularly leveraged the complementary instrumentation and expertise of the two universities. Nanotech West’s vertical etch process and the gallium oxide molecular beam epitaxy facility at the Semiconductor Epitaxy and Analysis Laboratory offered capabilities not available at IIT Bombay. On the other hand, the Mumbai university had a plasma process for atomic layer deposition that was not offered at Ohio State.

The success of this collaboration was one of several that helped lead to an unprecedented partnership between the two universities. In 2019, IMR helped launch the IIT Bombay-Ohio State Frontier Science and Engineering Research Center, a joint, collaborative research center shared by the two institutions. Through the center, grant funding is continuing to offer doctoral students new opportunities and foster new research projects related to advanced technologies from both institutions through the Frontier Center Scholars Program.

While at IIT Bombay, Joishi worked with Prof. Saurabh Lodha from the Department of Electrical Engineering at IIT Bombay, who is now on the Frontier Center leadership team.

Thanks to Chandan Joishi for his contribution to this story.