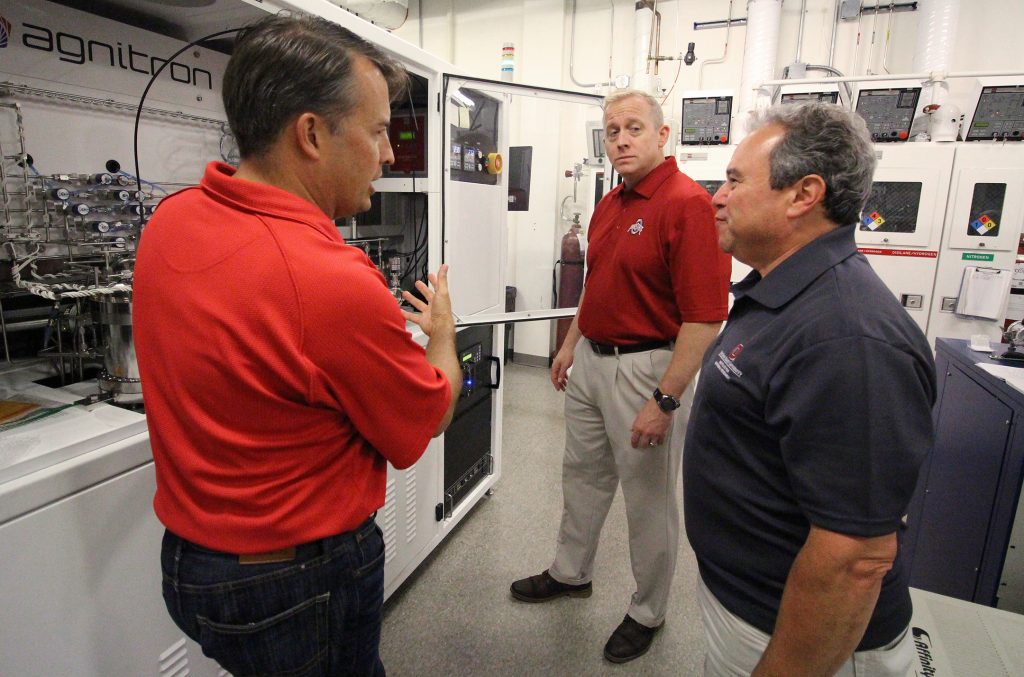 Morley Stone, the new senior vice president for research at The Ohio State University, continued his weekly rounds of introductions to the land-grant university’s varied academic spaces Aug. 16 with a tour of the Nanotech West Laboratory.

Stone joined the Office of Research leadership team this month after serving as chief technology officer at the Air Force Research Laboratory (AFRL) at Wright-Patterson Air Force Base (WPAFB) in Dayton, Ohio.

“Throughout his career, Dr. Stone has built strong, strategic collaborations with academia, industry and government organizations, including Ohio State,” President Michael V. Drake said with the announcement Stone was selected for the position. “We look forward to our continued work together to uplift lives in our communities through outstanding research.”

“I consider these visits near the top of my priority list,” Stone said. “I have to know our PIs and their work on a personal level, so that I can best represent the ground-breaking work that they perform.”

Those tours kicked off Aug. 10 with a visit to Biomedical Engineering associate professor Lakshmi Dasi’s Cardiovascular and Biofluid Mechanics Laboratory. Next, Stone is scheduled to tour the Byrd Polar and Climate Research Center. 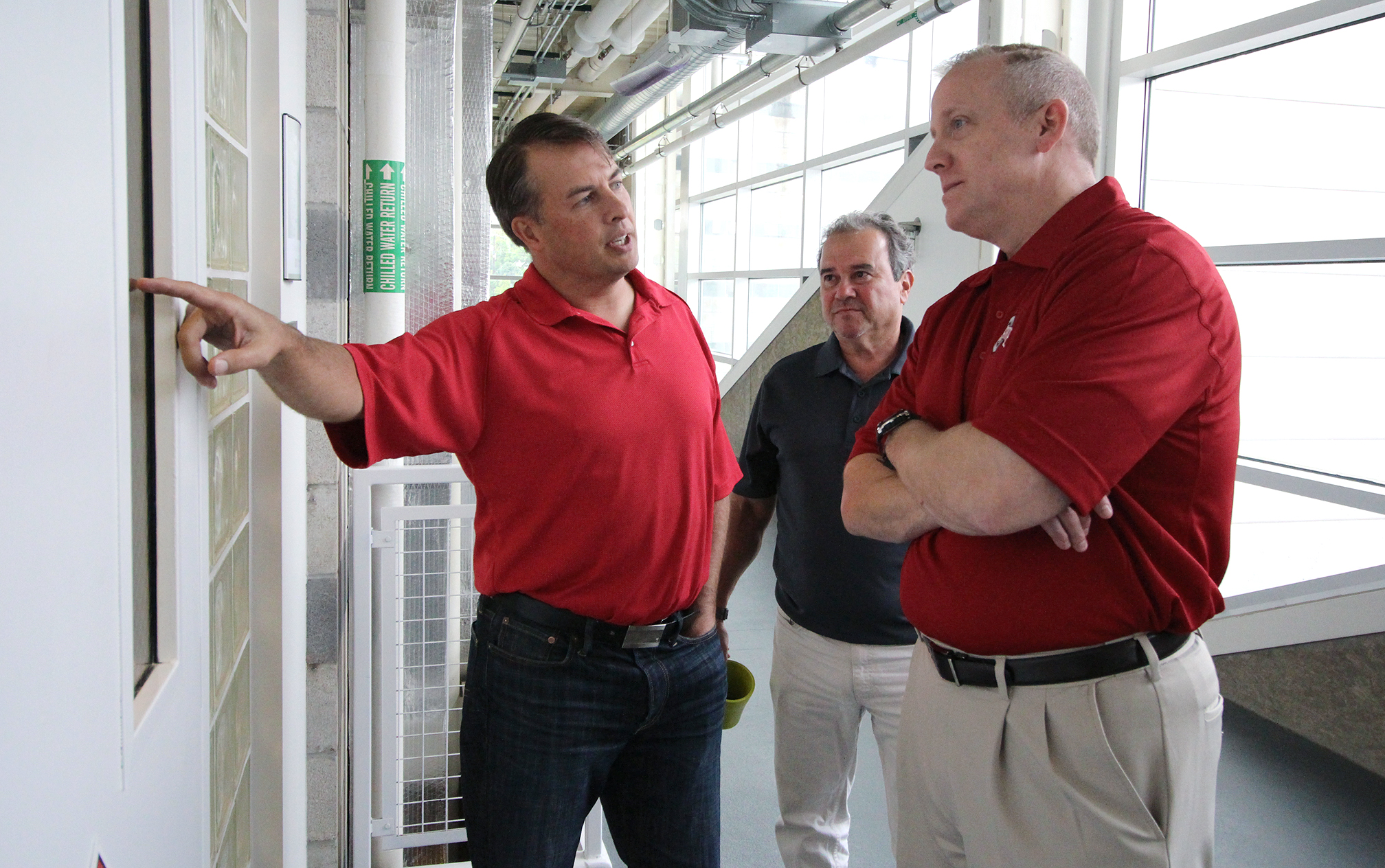 At Nanotech West, Stone met up with Steven Ringel, executive director of the Institute for Materials Research, and lab director John Carlin.

Nanotech West is the largest, most comprehensive micro- and nanofabrication user facility in the state. Open to both research and industry users, it is comprised of more than 24,000 square feet of laboratory, administrative and support space.

Shortly after the visit, Stone said the lab had made quite the impression, adding that Nanotech West is an incredible resource not only for the university, but for industry partners utilizing it.

Stone is an AFRL and International Optical Engineering Society fellow, with more than 90 technical publications and five technical book chapters authored, according to the U.S. Air Force. He led partnerships with the National Science Foundation, NASA and the Defense Advanced Research Projects Agency, among others.

“Further advancing our research enterprise is a key element of Ohio State’s Time and Change strategic plan — and vital to our DNA as a land-grant university dedicated to uplifting lives in our communities and around the world,” Executive Vice President and Provost Bruce A. McPheron said in June. “Dr. Stone will help enhance our position among the top national and international public research universities.”

In his role as AFRL science and technology adviser, Stone helped manage an annual $2.1 billion science and technology program, as well as an externally funded $2.3 billion in research and development, according to the U.S. Air Force. Prior to serving in this position, he was chief scientist in 711th Human Performance Wing at WPAFB, until August 2014. Before that, Stone was a senior scientist for Molecular Systems Biotechnology in the Human Effectiveness Directorate at WPAFB.

Stone earned a Ph.D. in biochemistry from Carnegie Mellon University in 1997, complementing his bachelor’s degree in biological sciences from Wright State University.