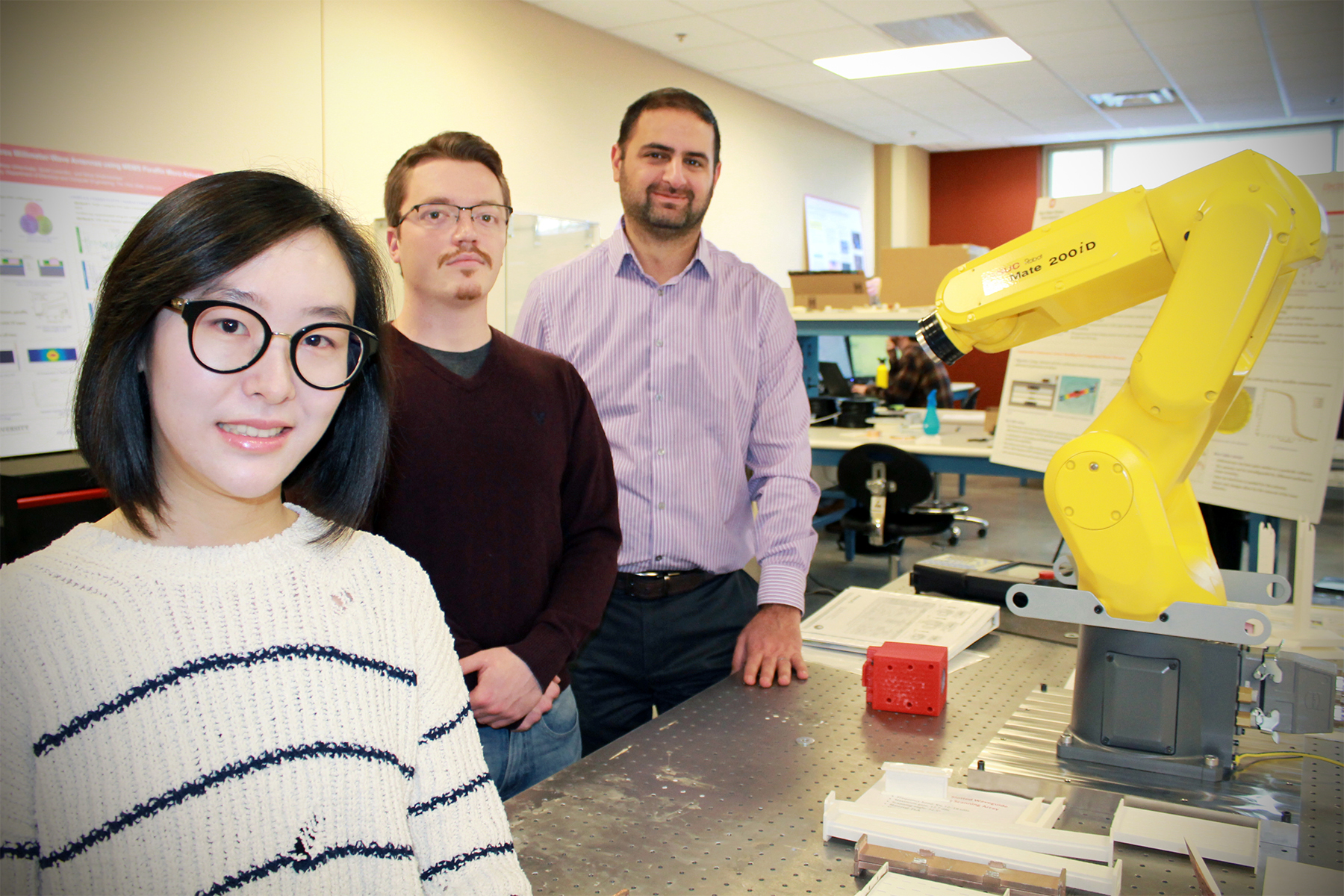 New research at The Ohio State University could help lead to a new generation of radio frequency devices capable of advancing space communications, smart phones and even self-driving cars.

The point is about rethinking the entire design and make-up of the materials used to make such devices, from the ground up.

Together, they are performing fundamental studies on phase-change materials and their applications in the millimeter-wave domain. Specifically, to create passive imaging sensors.

Passive imaging sensors gather and record naturally emitted or reflected energy from around them. For example, when the camera shutter opens on a digital camera, the array of sensors inside records the intensity of light striking them. The sensor passively collects light measurements, and the data is processed into images.

Instead of sensors detecting optical light, Ghalichechian said, their work can lead to detecting electromagnetic waves. Applications of this research could advance medical imaging, navigation, remote sensing, and robotics, to name a few.

The work is interdisciplinary and centers upon using novel material properties to address the ongoing limitations of current millimeter-wave devices, he said, such as sensors and antennas. The millimeter-wave band is defined as frequencies between 30 to 300 GHz.

Ghalichechian said phase-change materials, such as vanadium dioxide or VO2, have been around for more than 50 years, but their uses remain elusive, especially when it comes to applications in the millimeter-wave band.

“Reconfigurability and adaptability are vital features of future agile millimeter-wave systems for sensing, imaging, and wireless communications. However, when radio-frequency systems are made reconfigurable they become lossy, neutralizing any gain achieved by reconfiguration,” Ghalichechian said. “In other words, despite the added functionality, losses (low efficiencies) are the Achilles heel of any radio-frequency reconfigurable system often less discussed.”

Their work, he said, is to address these limitations. Phase-change materials are ideal for millimeter-wave reconfiguration as they provide a path to achieve low-loss microsystems.

“The proposed work is ambitious but potentially transformative as it challenges the conventional wisdom in designing sensors and dominance of semiconductor-based millimeter-wave detectors. Currently, no acceptable solution is available for millimeter-wave imaging systems operating at the room temperature,” Ghalichechian said.

As an undergraduate, Lust said he developed a “recipe” to deposit films on materials using “reactive sputtering,” which is when vanadium atoms are ejected from a target and react with oxygen to form VO2 on the substrate. His work also improved accuracy for phase-change measurements post deposition.

“The process is very sensitive to multiple parameters, so it took quite a few iterations to get a good, repeatable result,” Lust said. “It was based on previous work in the group, but I made improvements in both the deposition and measurement processes.”

Lust said his role in the project is to further analyze the recipe he created for depositing VO2 films on antenna arrays.

Meanwhile, Chen is studying and exploiting the electrical properties of VO2. She is designing a highly sensitive millimeter-wave camera using a pixilated array of sensors.

“One pixel involved in the camera is a thermal sensor called a microbolometer. I will study the electrical property of phase change material VO2 to improve the sensitivity of the sensor. In addition, I will implement micro-electro-mechanical systems (MEMS) suspension process to further improve the overall performance of the sensor,” she said.

In addition to research, the project includes the development of new courses at Ohio State, undergraduate and K-12 summer programs and outreach for underserved students across Central Ohio.

Originally from China, Chen said her father is an engineer and this became her interest as well. She started in Mechanical Engineering and found her way toward microsystems along the way.

As a high schooler in Hilliard, Lust said he found an interest in electromagnetics and physics early on and sought out working with Ohio State’s ElectroScience Lab as an undergraduate.

“Microfabrication, the process is really interesting. The challenge of the process too,” he said, “The designs must be realizable. We take on the challenge just to see if we can do it.”

The CAREER Program offers the National Science Foundation’s most prestigious awards in support of early-career faculty who have the potential to serve as academic role models in research and education and to lead advances in the mission of their department or organization.